‘Her spirit is truly alive'’ Mike Lopez has always relied on his faith to get through difficult times.

His faith helped him 11 years ago, when a routine visit to the doctor turned up some surprising news: He needed a liver transplant.

“It was quite a shock when I left there,” said Lopez, 63, of Holland, Michigan. “I didn’t know how much time I had to live – they never told me. I just prayed and kept my faith in God. Whatever was going to be, was going to be. I was just trying to take it one day at a time and do the best I could for that day.”

A custodian at the Central Avenue Christian Reformed Church, Lopez said he had been experiencing flu-like symptoms. They initially went away, but when they returned two weeks later, he went to have them checked out – and his doctor told him that his liver was only operating at 20 percent.

“I was fine up until then. I wasn’t getting tired or anything,” he said. “But as soon as I found out what was going on, it seemed like I went right downhill.”

He was put on the organ transplant waiting list, but before he could have the procedure, he had to overcome another obstacle: A biopsy turned up spots of cancer on his liver that had to be treated first. The treatment was successful, and Lopez went back on the waiting list – this time, with higher priority because of his deteriorating condition. He was called 12 days later.

Lopez said he felt better immediately after the transplant. His thoughts turned to his donor’s family; he wanted to express his gratitude for his second chance at life. He and the donor family began writing each other, and he learned his donor was a 7-year-old African American girl named Amaia Edmond, whose life was tragically cut short during a home invasion. Lopez and Amaia’s father, John, a community activist in Lansing, decided to meet.

They chose a 3-on-3 basketball tournament John was organizing called Keep the Peace; Stop the Silence as part of an ongoing grassroots effort to curb violence by encouraging the police and public to work together. John Edmond was on the steps outside of the school when Lopez arrived. They recognized each other right away and hugged.

“He had this look of overwhelming gratitude in his eyes,” John said. “It really changed my life. The feeling was completely amazing – it felt like my daughter was still alive.”

They remain in contact and have grown close. Each has attended the other’s church. Lopez and Edmonds speak at the same anti-violence events. For his part, Lopez talks about organ and tissue donation, urging minorities to sign up on the Michigan Organ Donor Registry.

“Minorities are not good at that,” said Lopez. “Hispanics and Black people traditionally didn’t want anything to do with it.”

Statistically, minority populations are more likely to need an organ transplant because they are at higher risk for conditions like diabetes and heart disease, which can lead to organ failure. Of the more than 100,000 people in the nation waiting for an organ transplant, nearly 60 percent are minorities. Also, minorities are traditionally less likely to be registered organ donors, at least partly because of long-held cultural and religious beliefs. August is National Minority Donor Awareness Month, established to highlight the need for multicultural donors, to dispel common misconceptions and to encourage people to lead healthier lives.

Lopez admits he didn’t know much about the issue before his transplant and hopes his experience will encourage others to sign up. The most common objection he hears is that people are afraid that if they become donors, the doctors caring for them will not work as hard to save their lives.

“I tell them that’s not true,” Lopez said. “They took an oath. They do everything they can to get you to live.”

He also appreciates meeting people and hearing their stories. “It’s a blessing for me,” he said. 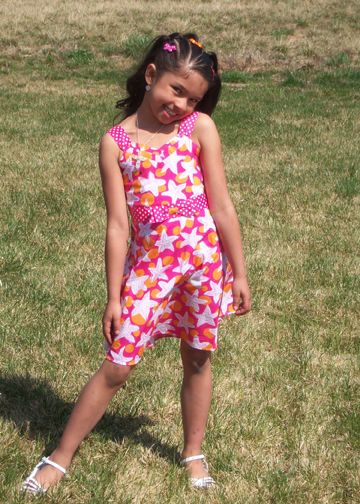 Amaia’s legacy has grown, too. John Edmond said he agreed to let her be a donor because, even at the age of 7, Amaia always wanted to help people. Even then, he did not know how great an impact she would have. Her gifts saved five lives, including Lopez’s. He’s continued to organize anti-violence events in the greater Lansing community, has worked with police on community policing task forces, counseled victims of violence and spread the word about the benefits of organ and tissue donation, too.

A man of deep faith, Edmond said he still thinks about his little girl every day but has stopped wondering why she was taken so young, and why he would never be able to see her graduate high school, go to college; why he wouldn’t be able to walk her down the aisle.

“I knew God was real, but this is different. He told me that she did live her life – and she had a higher purpose,” he said. “Her memory is what I want to keep going. It seems like her spirit responds to what I’m doing in the community. I know my daughter, her legacy, rings loud in the city. Her spirit is truly alive.”